David is a strategic business thinker. He was an early employee and key asset to the growth of ad tech startup SpotX, which was acquired by RTL Group in 2017 for $404 million. He started in the Denver headquarters, then helped lead offices in New York City, and their European hub in London. He was also the first business hire for software startup ICX Media, where he helped secure roughly $10MM in funding and opened up their New York City operations.

David has excelled in a wide range of business development issues, from strategic partnerships, to sales and marketing, and even product guidance. When he isn’t at the office, he’s spending time with his wife and daughter, sailing along the Eastern United States, and crabbing in the Chesapeake.

“I’m delighted to share my business savvy with ImageSails at this critical time in their growth,” says David. “It’s an amazing concept that we’re rapidly building into a uniquely powerful worldwide brand.” 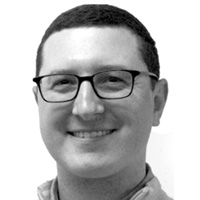