Kate was born and raised in Larchmont, New York, where she learned to sail on the Long Island Sound. In 2003, she graduated from the United States. Naval Academy and was commissioned as a Naval Officer. She was a proud member of the women’s dinghy sailing team, and helped reach the women’s nationals regatta in 2003.

While stationed in Naval District Washington, she was assigned the collateral duty of Command Fitness Leader. She became fascinated by the human body’s abilities, and ventured to the Big Island of Hawaii, where she obtained a license as a Holistic Health Counselor. In 2008, she planted roots in San Francisco, California, and started her practice as Health Coach and Registered Yoga Teacher. Between her military and body training, she has come to value accountability, integrity, commitment, and adventure.

Kate joined the ImageSails team because she believes in work that inspires. In her eyes, art is a powerful medium to raise awareness and influence positive change. Kate loves learning of clients’ passions, their stories, and what they wish to create. A sailor herself, with strong drive and attention to detail, Kate ensures clients’ expectations are exceeded, and that this new concept of presenting art at sea is realized. 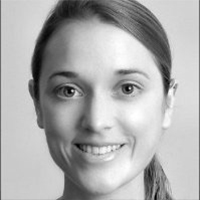